In June of 2006, we spent a week in Rome, a remarkable city with almost 3000 years of history. Rome is the capital of Italy, and surrounds Vatican City, the seat of the Roman Catholic Church. While in Italy, we also visited Pompeii and Naples. Pompeii is amazing 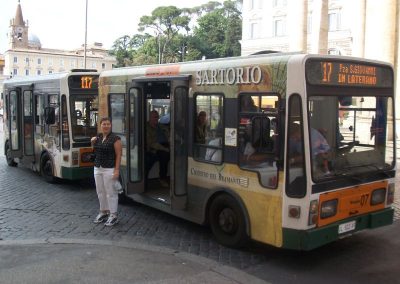 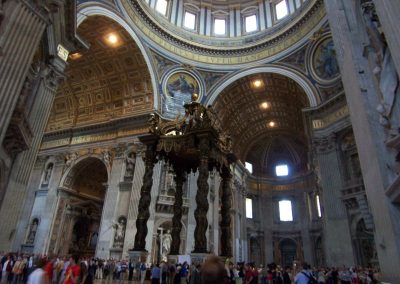 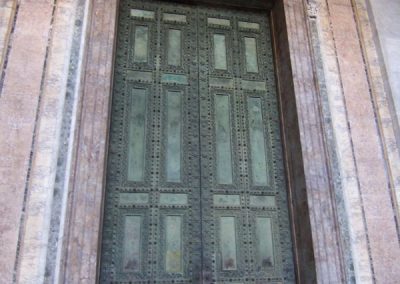 Alicia standing at the front doors of San Giovanni in Laterano 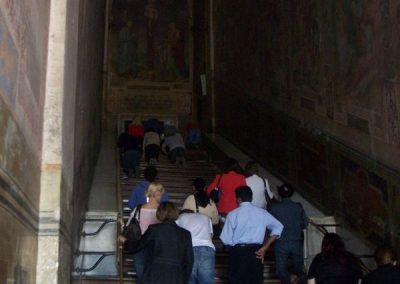 Alicia climbing the Scala Santa on her knees; the steps are from Pontius Pilate’s palace 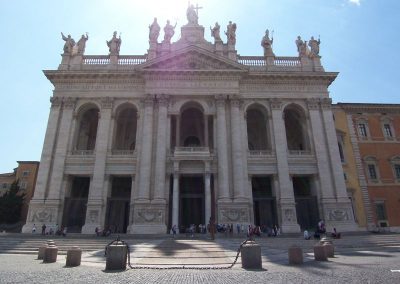 San Geovanni in Laterano (the cathedral church of Rome) 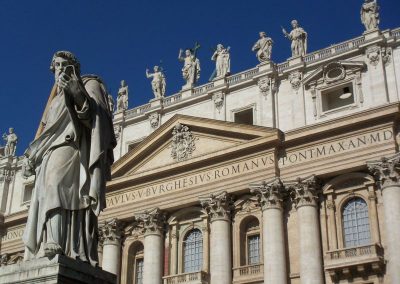 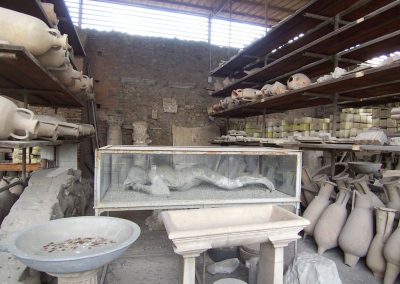 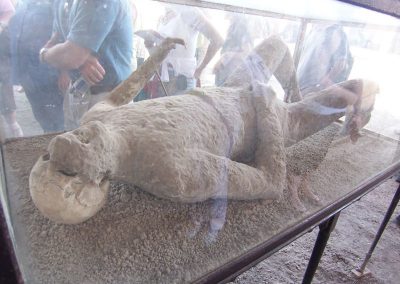 One of the 1100 bodies excavated from Pompeii after Mt. Vesuvius erupted in 79 AD 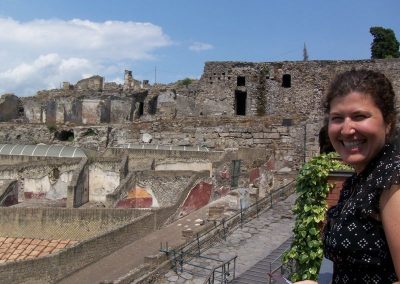 Alicia in front of some of the ruins of Pompeii (you can walk the streets of a 2000 year old city!) 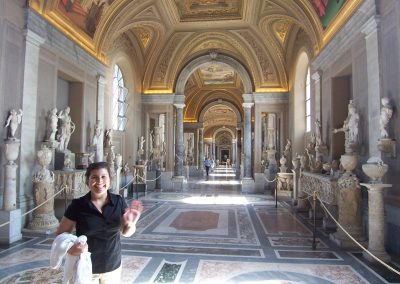 Alicia in one of the Vatican museums 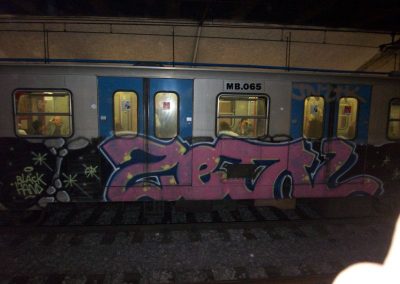 Rome subway train (they are all covered in graffiti) 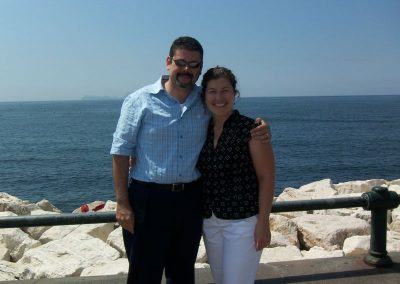 Alicia and Arnold in front of the Gulf of Naples 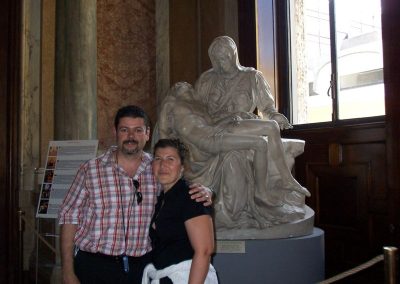 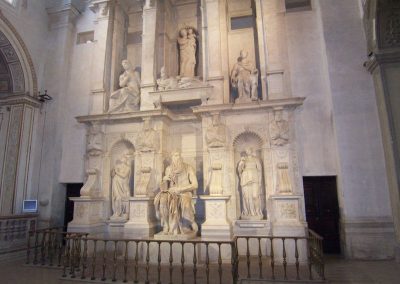 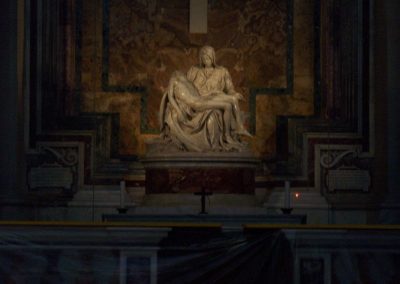 Closeup of Michelangelo’s statue of the Pieta (he was only 23 when he did this!) 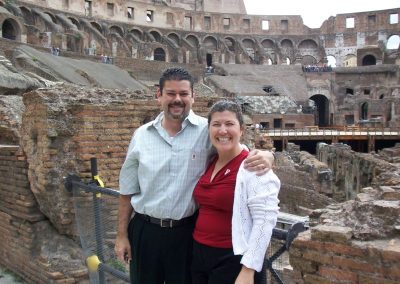 Alicia and Arnold inside the Colosseum 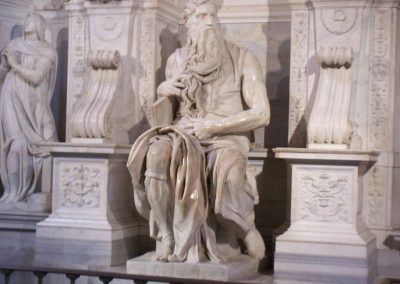 Close up of Michelangelo’s Moses 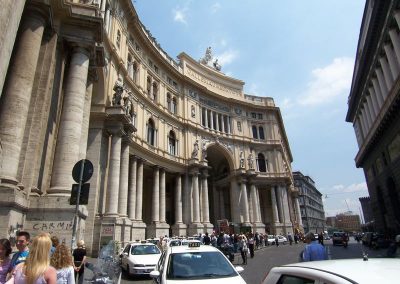 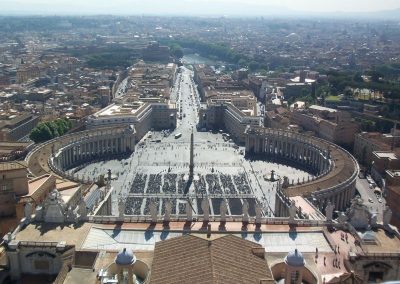 View of Piazza San Pietro from the top of St. Peter’s 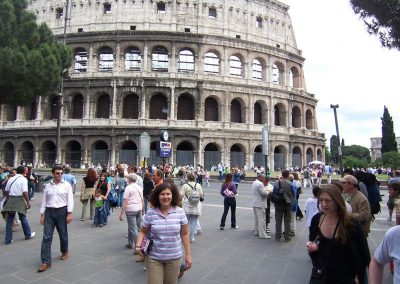 Alicia outside the Colosseum 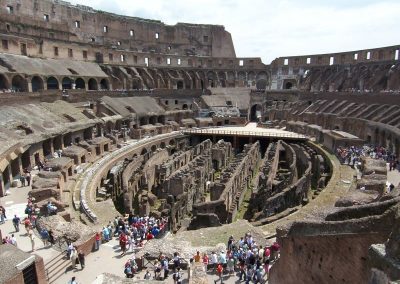 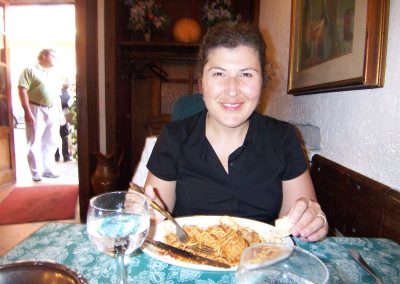 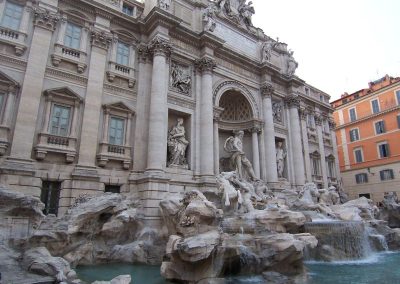 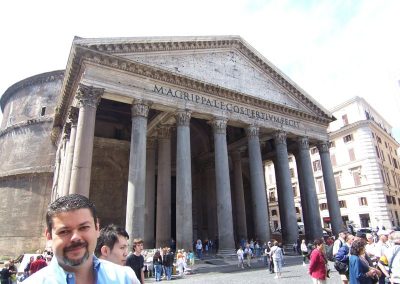 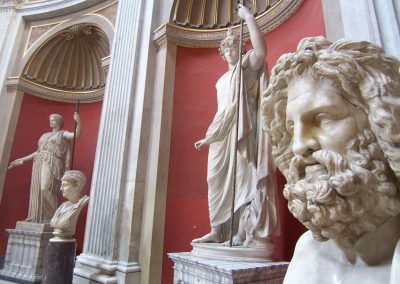 In one of the Vatican’s museums 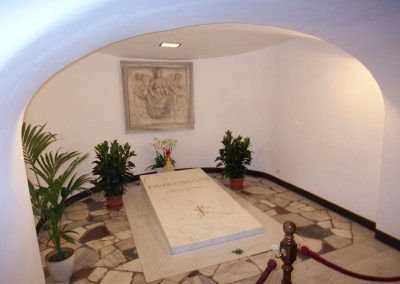 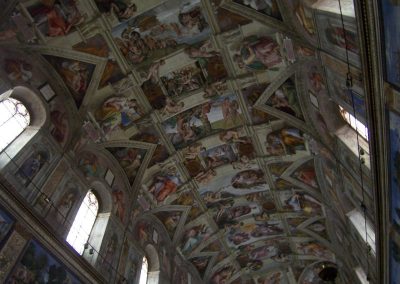 Ceiling of the Sistine Chapel (no photographs allowed, but I snuck one in there) 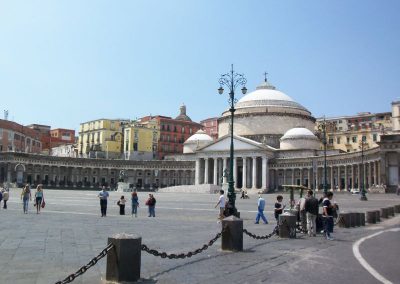 St. Peter’s foot is actually worn smooth from being touched and kissed so much 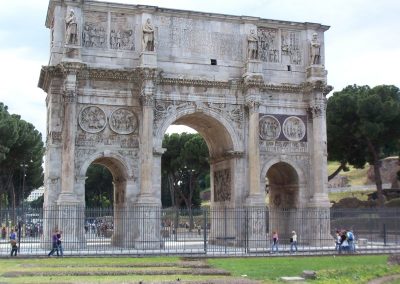 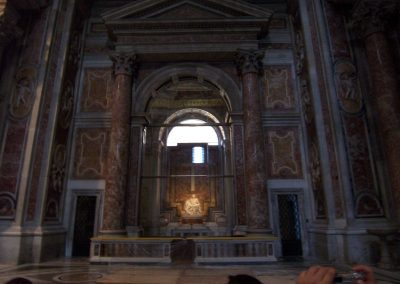 Michelangelo’s statue of the Pieta

The Catacombs of St. Callixtus are the most important and imposing of the about sixty catacombs of Rome. They may be considered as “the cradle of Christianity and the Archives of the primitive Church”, because they illustrate the usage and customs of the early Christians, the “Credo” (the religious beliefs) they professed and the history of martyrdom. They were founded around the middle of the second century as a result of various grants and donations by private landowners, who, having converted to Christianity, gave their tombs and estates to their brothers in faith for burial sites. The Catacombs of St. Callixtus are almost 20 miles long; there are over 500,000 Christians buried here.

The Colosseum or Coliseum, originally known as the Flavian Amphitheatre (Latin: Amphitheatrum Flavium), is the largest amphitheater built in the Roman empire. Originally capable of seating 50,000 spectators, it was once used for gladiatorial combat. It was built in the 70s AD, and is located next to the Roman Forum.

Many of the streets of Rome are made of cobblestone, and it is easy to twist your ankle. That’s exactly what happened to Alicia during the day on Thursday. By evening, she could barely walk. We put ice on it later that evening, and (thankfully) she was back up and running for Friday.

The Basilica of Saint Peter, officially known in Italian as the Basilica di San Pietro in Vaticano and colloquially called Saint Peter’s Basilica, covers an area of 5.7 acres and has a capacity of over 60,000 people. One of the holiest sites of Christendom, it is traditionally the burial site of basilica namesake Saint Peter, who was one of the twelve apostles of Jesus, first Bishop of Antioch, and later first Bishop of Rome. Although the New Testament does not mention Peter either in Rome, or martyred there, a very old tradition holds that his tomb is below the baldachino and altar; for this reason, many Popes, starting with the first ones, have been buried there. Construction on the current basilica began on April 18, 1506 and was completed in 1626.